New Study Uncovers Startling Facts About Going to the Dentist 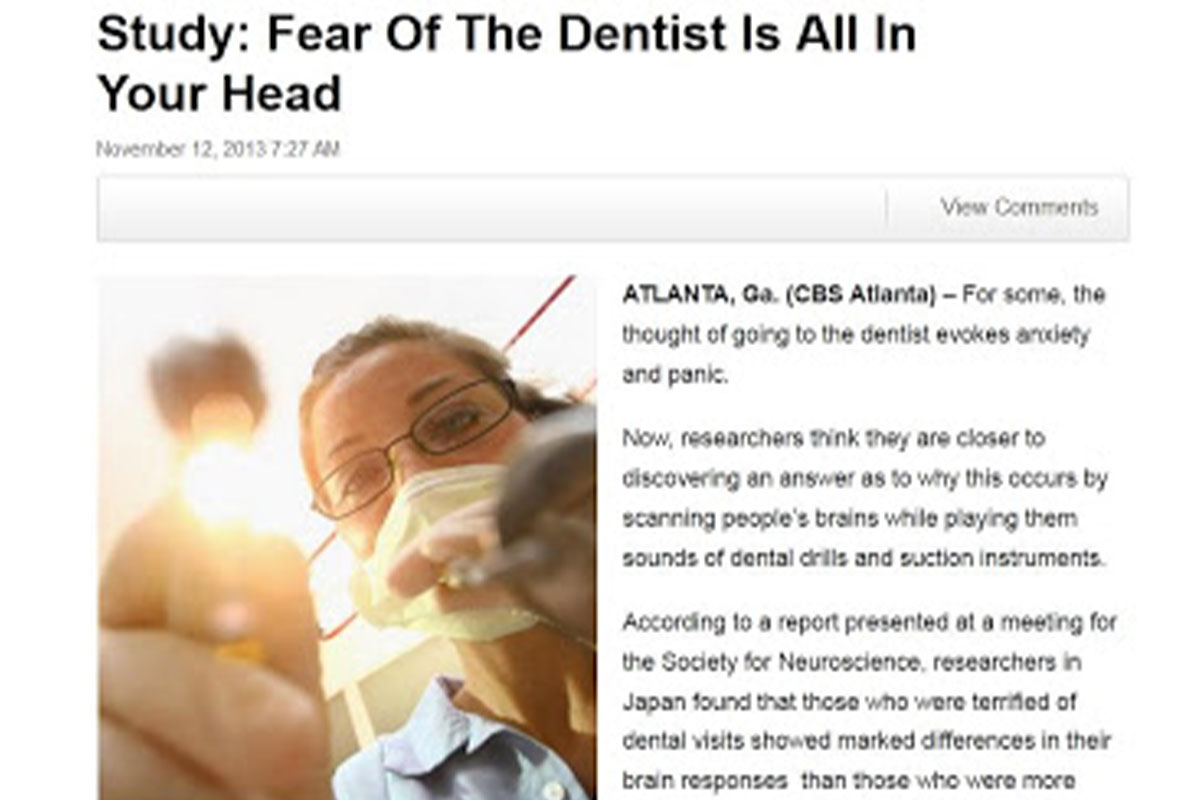 For many people, the thought of going to the dentist causes quite a bit of anxiety. You may find yourself dreading it even more as the day draws near. By the day of your appointment, you can have yourself worked into quite a frenzy.

New research has discovered some startling facts about what happens in the human brain when people hear the sounds of suction instruments and dental drills. According to a report from the Society for Neuroscience, Japanese researchers have learned that patients who went into their dental appointment terrified experienced many different responses in the brain than those who went in with a more calm attitude.

Dentist Hiroyuki Karibe, who is also a Japanese researcher, believes that if scientists can find out what’s going on in the human brain when patients hear certain sounds, then they might be able to discover methods of making them feel more relaxed.

As Karibe explained to the South China Morning Post, “As a pediatric dentist, I’ve seen many patients since 1987, and from my clinical experience, I have found that the sound of drilling can evoke anxiety in dental patients.”

Karibe surveyed a group of 21 women and 12 men from ages 19 to 49. He asked them to rate their fear of going to the dentist. Then using their scores, he split the group up into low and high fear ratings. Next, he performed functional magnetic resonance imaging machine (fMRI) scans on these participants.  A series of sounds were played while the scans were being performed from the sound of suction tools to dental drills.

Karibe found some very interesting facts from this experiment. He explains: “All of the participants were isolated in the fMRI room when they listened to the dental sounds, so we couldn’t see if they responded visibly or audibly to the dental sounds, but we could recognize their responses from their brain activity.”

The people in the low-fear group did not show much of a response to the dental sounds. However, those in the high-fear group became much more anxious when they heard dental sounds than when listening to neutral sounds.

Karibe said that participants who were anxious about going to the dentist showed an intense response in a region of the brain called the left caudate nucleus. This is an area that researchers believe plays a role in remembering sounds.

Karibe concluded by saying, “We believe the findings can be applied to assess the effectiveness of interventions such as cognitive behavior therapy for patients who have a strong fear of dental treatment.

Back to Sedation Dentistry Page